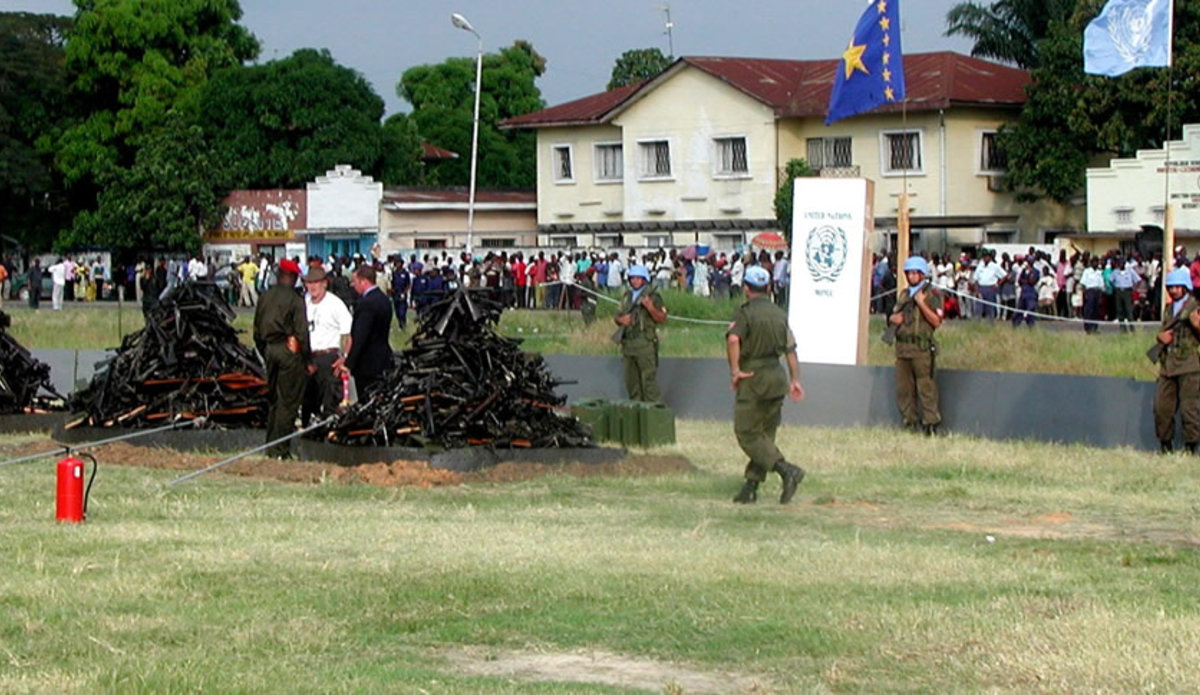 Since the establishment of the United Nations peacekeeping operations in the Democratic Republic of Congo, the disarmament, demobilization and reintegration of ex-combatants and related activities have been at the core of the operations. Nowadays, the Disarmament, Demobilization, Reintegration, Repatriation, Resettlement and Community Violence Reduction (DDR/RR-CVR) Section is tasked by the current Security Council Resolution 2612 (S/RES/2612(2021)) to provide support to the Government of the Republic Democratic of the Congo (GoDRC) in DDR activities, as well as repatriation of foreign combatants.

Activities of the Section evolve around (i) DDR for the Congolese combatants, (ii) DDRRR for the foreign combatants and their dependents and (iii) CVR. Since 2012 to 2022 DDR/RR-CVR Section disarmed and demobilized around 6,700 Congolese adult combatants and 2,900 children associated with the armed groups. To ensure effective process of disengagement of the Congolese combatants, the DDR/RR-CVR Section provided support to the GoDRC following the promulgation of the Presidential Ordinance establishing the Programme de Désarmement, Démobilisation, Relèvement Communautaire et Stabilisation (P-DDRCS) in July 2021. The program resulted from the merger of the Programme National de Désarmement Démobilisation et Réinsertion (PNDDR) and the Programme de Stabilisation et Reconstruction des zones sortant des conflits armés (STAREC). The Section worked closely with State authorities and participated in the consultations related to the technical and operational aspects of the proposed P-DDRCS approach, mapping of the armed groups and pre-identification of areas of engagement. It also played an integral role in formulating the P-DDRCS National Strategy by taking an active part in representing the UN system and proposing ways to integrate the officially shared UN comments.

At the field level, the Section supported the P-DDRCS National Coordination team by facilitating field assessment missions to Bunia, Beni, Bukavu, Goma and Kalemie, and engaging with civil society organizations and other stakeholders. In addition, at the request of State authorities, the Section in cooperation with the Engineering team carried out construction works at the Mubambiro disarmament and demobilization centre in North Kivu, managed by the FARDC and the P-DDRCS. As a result, the centre has new hygiene and living facilities which significantly improved the living conditions of the ex-combatants.

To pave the way for the effective participation of the armed groups in the P-DDRCS implementation, MONUSCO DDR/RR-CVR has been sensitizing different armed groups on the opportunities presented by the new program. Section’s field teams conduct regular awareness-raising sessions, while the HQ produces and broadcasts programs through Radio Okapi and interviews CVR beneficiaries to entice active combatants to disarm. Furthermore, to ensure the two-way communication, the Section operates a DDR hotline and answers various queries from civilian population and armed elements.

The Section continues supporting the disarmament, demobilization, repatriation, resettlement, and reintegration of foreign combatants and engaging with the international partners to ensure the smooth repatriation and reintegration process. DDR/RR-CVR conducts regular meetings with the Rwandan Demobilization and Reintegration Commission to outline the joint sensitization activities and follow-up on the repatriated ex-combatants. Since 2012 to 2022 DDR/RR-CVR Section processed and repatriated more than 1,800 foreign combatants with 2,240 dependents. In preparation for the gradual drawdown of the Mission, the Section developed a plan for the transfer of the RR process to national authorities.

Furthermore, in the different provinces of Eastern DRC the mission has been very active in Community Violence Reduction (CVR) projects, which aim to reduce high levels of violence in Congolese communities and achieve a goal of security and stability. CVR works in tandem and complements MONUSCO's ongoing support to the DDR activities with a priority focus on the community reinsertion of armed group members between the demobilization and reintegration phases. By offering disengaged combatants socioeconomic opportunities, and therefore potentially reducing cases of (re)-recruitment of demobilized combatants and youth. CVR implementation contributes significantly to the disarmament and demobilization strategy. Since 2016 to 2022 DDR/RR-CVR Section implemented 200 projects for more than 22,000 beneficiaries.

CVR involves clear identification of armed actors as well as community needs, interests, agendas, resources and capacities. While building mechanisms for social cohesion and accountability, CVR projects ensure a gender-responsive approach that accounts for the specific needs of women and girls. CVR factored gender as a critical component for impact creation and set the minimum objective of 30% female participation in all projects. Roles for both men and women were always considered in the whole CVR process cycle from the planning phase to the implementation. Thus, since 2016 17,811 women were direct beneficiaries of CVR projects, which constitutes more than 40% of the total number.