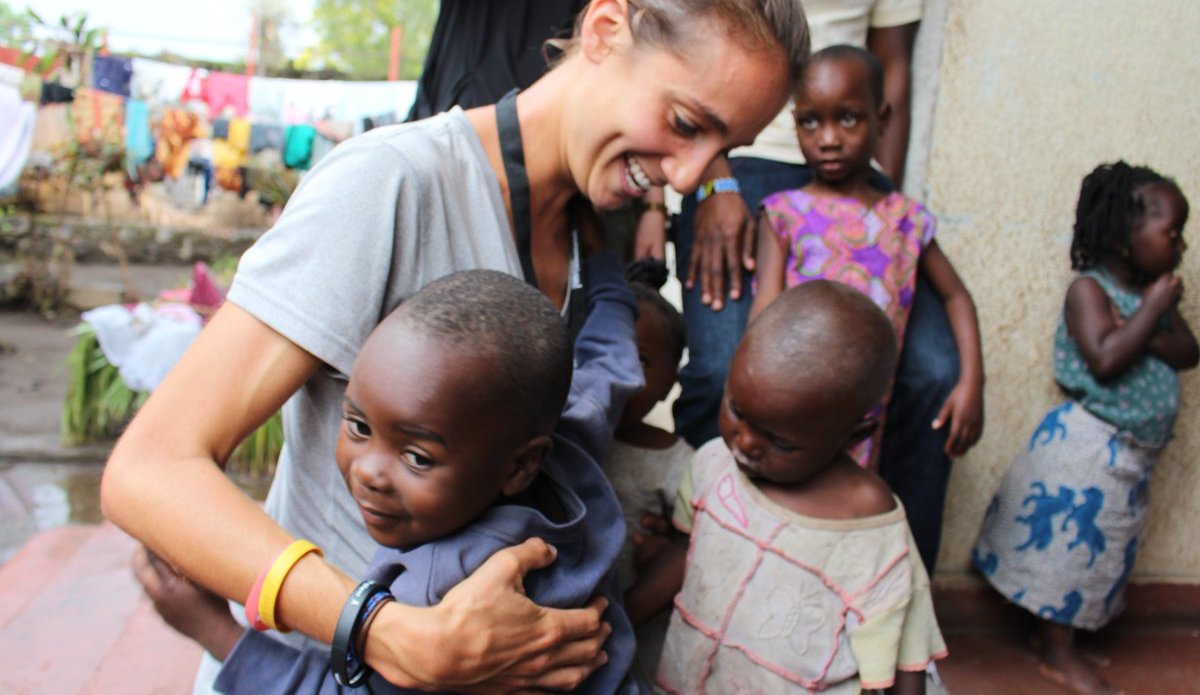 a- Documenting grave abuses against children (such as killings, sexual violence, abduction and recruitment) committed by parties in the conflict and police; advocating for the release of children in armed groups and national armed force, referring children who escape to appropriated support resources, referring victims to medical and legal support services where they exist; helping to build capacity of support NGOs and national institutions; monitoring legal cases before the courts (especially minors subjected to sexual violence and children in conflict with law) to assess how far the question of impunity is being addressed and identifying ways of developing capacity in this regard.

In the context of the armed conflict, thousands of children have been killed in massacres, being caught up in the violence or died indirectly as a result of lack of access to food, medical care etc; other are forced to participate in military operations; those who after some time with armed groups, acquired military skills, end up in a continuous circle of release and re recruitment, involuntary targeted by recruiters for their combatant skills. While the drop in the level of armed conflict has reduced the risks to children in some places, they are still among the many victims of abuse. In some areas, almost fifty per cent of documented cases of sexual violence continue to be girls under 18 and sometimes much younger. Often abduction precedes the sexual violence. Sometimes the rape results in pregnancy and/or HIV/AIDs and other sexually transmitted diseases. Countless children, though not physically harmed, are witness to gross abuses committed against their families and communities. Isolated cases of abuse are starting to be addressed by the courts, but there are many obstacles and impunity continues to be a major impediment to preventing abuses and allowing redress. Furthermore, in those cases, which have been heard, there has often been scant attention paid to the protection of child victims and witnesses.

b- Visiting police and prisons regularly to document the presence of children, seeking the release of those arbitrarily detained and better conditions of those who are suspected of serious crimes; liaising with NGOs who carry out similar activities, conducting training for police and judiciary actors;

Detention of children, according to the Convention on the Rights of the Child, should be a last resort. Though the number of child detainees in the DRC is relatively low at any given moment, MONUSCO regularly finds children in detention, sometimes as young as 9 or 10 years old, often for minor offences. Abuses/irregularities include: detainees aged under 18 sentenced to death; street children detained who should instead be assisted with family reinsertion or other support programmes; children accused of being witches even if forbidden under the new child protection law; children from armed groups accused of “desertion” or weapons possession who should instead be allowed to return to their communities; children tried by military courts who have no jurisdiction to try anyone under 18; In addition, detention conditions are often precarious, no separation from adults, difficult access to food and health services.

c- Gathering information about the presence of children in Congolese armed forces or groups, advocating for an end to recruitment and working with UE PNDDR and partners to assist in their return to their families and communities; MONUSCO’s military personnel in particular assist in the task of information-gathering and advocacy, as well as at times providing security during transportation of children escaping armed groups.

Since the transition and particularly since the Ituri DCR process and the setting up of Centres de brassage in late 2004, the pace of withdrawing children has picked up with more than 35,000 children released at the end of the official National DDR program in 2007. The FARDC Chief of Staff has repeatedly stated its policy of not including anyone under 18 in its forces as national law.
However, since the 2009 Fast track integration of armed groups in FARDC’ a new high in the number of children associated with FARDC has been documented. Most children escaping FARDC today have been recruited in recent years or integrated directly with their initial recruiters from armed groups. Several thousand are released every year. But some military/militia commanders as well as FARDC are still resisting releasing the children; they are sometimes hidden from child protection agencies during visits to military bases, often undermining efforts of child protection partners to integrate children back into their communities. Recruitment of children is now illegal and criminalized in DRC. It can also be prosecuted using other penal provisions in such as abduction (in the case of forced recruitment) and disobeying orders (violation de consignes).

It is not known how many children might be associated with foreign armed groups, and particularly the FDLR and LRA, In the DRC. MONUSCO works with partners to repatriate those who do present themselves for voluntary return to their country, Together with UNICEF, ICRC and NGOs, MONUSCO Child Protection Section has develop a regional strategy on the LRA issues for prevention and information gathering to assist children whenever they are released and need support or cross border repatriation.

e- Monitoring how the laws are being applied and advocating for better child protection legislation and structures.

An analysis of existing laws related to child protection, for example in the context of the European Union’s Justice Audit, showed both the gaps in legislation, and also the fact that existing laws are not being applied, or are being interpreted in a way that restricts protection. MONUSCO has been working with child protection partners on advocating for the swift implementation of the recently adopted Child Protection Law. (January 2009) Initial Advocacy efforts resulted in the new Constitution defining the age of majority as 18 years old and the setting up of a Ministry of Justice working group to look at justice and children. The Government and child protection partners are monitoring the implementation of the 13 decrees that will allow the comprehensive new Child Protection Law to bring the expected services and results.

f- Contributing to strengthening capacity of police and other state authorities responsible for protecting children by working with partners to develop training and workshops, contributing to training organized by others.

Recent examples of training: training of trainer sessions organized around the country by MONUSCO’s CIVPOL for the Congolese National Police included sessions on child protection. Other sessions have been given to police in Kinshasa who receiving short-term training related to election security. With the Ministry of Justice, MONUSCO Child Protection Section regularly organized workshops – in its field offices - for judicial authorities and those who work with the police to ensure children in conflict with the law or children victims have access to relevant protection in the judicial system.

g- Raising awareness of the risks of exploitation of children in the electoral process and developing sensitization work on this issue with partners;

Some people ask what has child protection go to do with the elections, as children under the age of 18 do not have the right to vote. But they do have a right to participate in meetings, express their views, and support a political party – providing it is voluntary. Concerns regarding children and the electoral process are centered on the mobilization of children through offer of financial or other reward – street children are particularly vulnerable in this regard. More serious is the risk that they could be paid to create disturbances as well as getting caught up in electoral violence. These issues have been summarized in a Guide du Sensibilisateur sur la Protection de l’Enfant et Les Elections produced by a mixed government/NGO commission with MONUSCO and UNICEF support