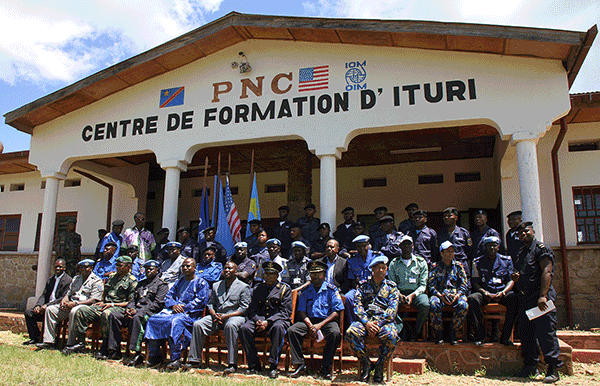 The participants who hailed from the four districts of the province, met in the main town of Bunia to attend this training, which was focused on a variety of themes ranging from police work ethics and professional practices in the framework of the fight that the Congolese Government has launched against sexual violence. The trainees were inducted on concepts such as community policing, procedures applicable to sexual violence, as well as HIV-AIDS and child protection.

The training is part of a two-pronged program aimed at empowering special police commissioners to help ensure better protection of children and women; increasing the different sections of social awareness in the fight against sexual violence and the need for a better collaboration between the police and the different communities.

The program was funded by the United Nations Organization Stabilization Mission in Congo (MONUSCO) through its Security Sector Reform section. The International Organization for Migration (IOM) has been tasked with its implementation.